Making the Links’ Don Kossick interviews Ellen Gould about new interprovincial trade agreements like TILMA and what they mean. 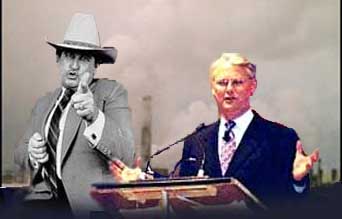 TILMA is the BC/Alberta Trade, Investment, and Labour Mobility Agreement. This agreement, which goes far beyond existing trade agreements, was signed by British Columbia and Alberta in April, 2006, after zero consultation with the general public. Although few people realize it even exists, it will come into effect in April, 2007. Now there is discussion of potentially expanding it to include other provinces, notably Saskatchewan.

TILMA limits governments ability to govern at both the provincial and local levels. The agreement is essentially a long list of things governments will be prohibited from doing, regardless of whether they are acting completely within their jurisdiction. Even if a majority of citizens in a province are demanding a new government initiative, the government will be blocked from acting if the initiative would conflict with TILMA. TILMA enables private investors to challenge governments, allowing commercial interests to trump the public good.

Making the Links Radio has been broadcasting for a decade on CFCR 90.5 FM community radio in Saskatoon. Making the Links is committed to reporting on international and local issues in a way that is informative, indepth and offers coverage not normally found in the mainstream media.