A Little Matter of Genocide

Making the Links was on hand when controversial indigenous rights activist Ward Churchill lectured in North Battleford, Saskatchewan on March 19, 2005.

In this lecture Ward Churchill traces the current US aggression overseas back in history showing that the country’s ability to project power and violence outward is directly dependent upon the repression and dispossession of Indigenous peoples within its claimed borders.

Following the lecture, Ward Churchill engaged in a question and answer session where Churchill addresses some of the recent controversy around his post 9-11 essay “On the Justice of Roosting Chickens”. 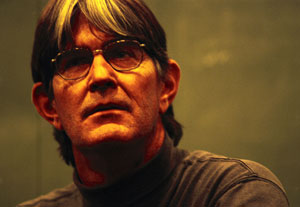 Making the Links Radio has been broadcasting for a decade on CFCR 90.5 FM community radio in Saskatoon. Making the Links is committed to reporting on international and local issues in a way that is informative, indepth and offers coverage not normally found in the mainstream media.